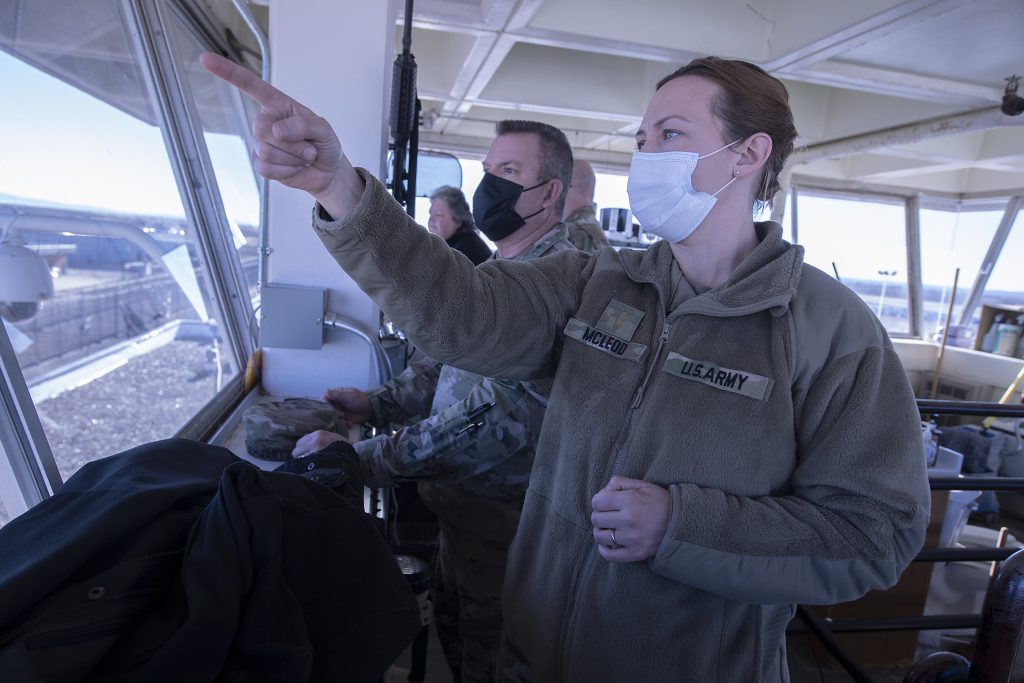 Spc. Kyle Shuman grew up an Army brat and wanted to enlist into the Army himself. Five years ago, he enlisted into the Idaho Army National Guard as a 68W combat medic.

“I wanted to follow in my dad’s footsteps,” he said. “He used to say good things about the military. I thought that being in the National Guard would be a good way to serve in my community and still be in the military and have a civilian career.”

Citizen-Soldiers and Airmen are performing non-security duties while the department is severely understaffed. He previously volunteered with the task force last year and deployed to Washington, D.C. in June 2020 to assist local civil authorities as part of an effort that included more than 5,000 National Guardsmen from 11 states and Washington D.C.

“I didn’t know what the mission would be,” he said. “I just volunteered to get new experiences and to get to do things I don’t get to do everyday and to meet people from other units.”

“It makes me feel good to go out there and help the correctional officers with whatever they need help with,” said Sgt. 1st Class Vincent Mele, the non-commissioned officer in charge of the Idaho Guardsmen working at the state’s minimal security facility.

Mele is working at the facility’s front desk, where he helps sign visitors and staff in and out of the prison and answers the prison’s telephone.
“This mission provides a really good perspective on the world that maybe you didn’t have before hand,” he said. “We all get an idea of what the prison system might be like, and it’s definitely a little different in Idaho than I pictured.”

Guardsmen anticipate assisting IDOC until mid-March. Shuman, Mele and other Guardsmen will then return to their civilian jobs in their respective communities.

“We thank you for everything you’re doing for our staff and residents,” said Warden Timothy Richardson. “Before the Idaho National Guard arrived, at one point we were down to 48% staffing. We realize this is a unique and uncertain environment, but you’ve provided a solid cadre of troops and we couldn’t ask for a better group at such a critical time.”