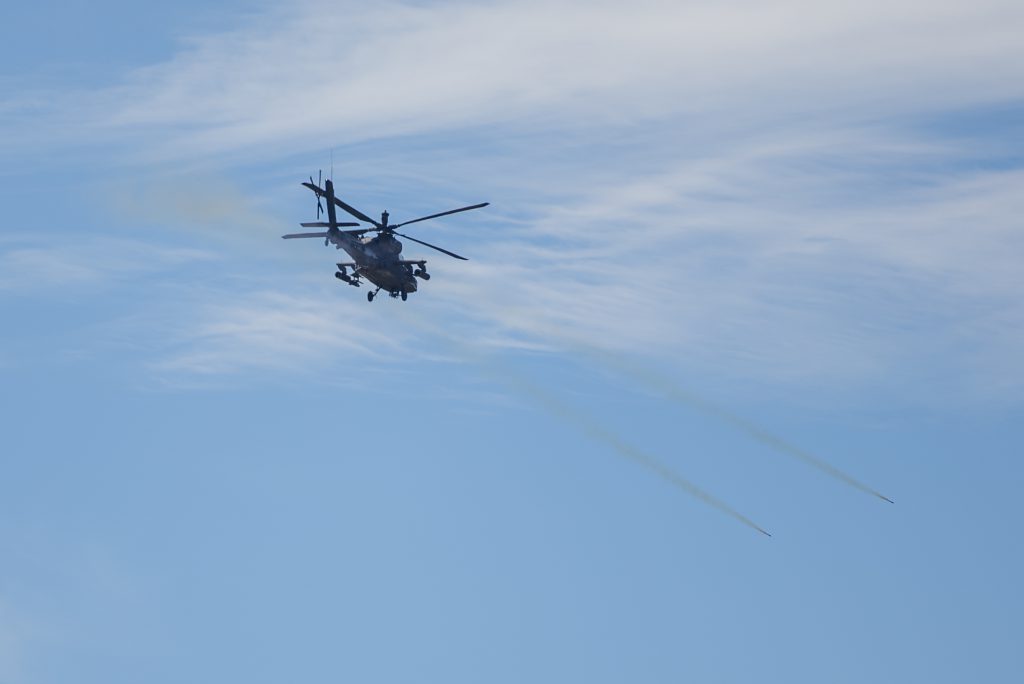 “It’s very exciting to complete the last element of certifying the OCTC’s DAGIR,” said Brig. Gen. Farin Schwartz, commander of the Idaho Army National Guard. “The exceptional capability of this valuable training resource is available to enhance combat readiness to crew members of all weapon systems, including pilots who train on this range.”

The U.S. Army’s 1st of the 229th Attack Reconnaissance Battalion pilots and crew members from Joint Base Lewis-McChord, Washington, conducted crew qualification using their AH- 64 Apache helicopters on the DAGIR throughout the week.

Construction on the DAGIR was completed last year, making it the only National Guard ran DAGIR range and only one of two such ranges across the U.S. Army. The range allows air and ground units to train together while receiving accurate and real-time feedback on their performance.

Although aviation units have used the range since its opening, last week was the first time range officers were able to schedule an aviation unit that met the correct requirements to conduct the GAT.

Special electronic equipment is placed on vehicles or aircraft to collect data. That data is sent back to the range tower and compiled into useful information for the after action review of each vehicle or aircraft that uses the range.  The 1st of the 229th Attack Reconnaissance Battalion tested its Aerial Weapons Scoring System using 30 mm rounds of M789 High Explosive Dual Purpose ammunition and 2.75-inch Hydra-70 rockets.

Manned and unmanned aviation crews; armor, Stryker and infantry crews; and other sections and platoons can conduct combined arms live-fire exercises together on the range using 200 different targets that provide more than 400 possible training scenarios.

The DAGIR is the primary qualification range for AH-64 Apaches and an approved alternate range for tanks and Bradley Fighting Vehicles. The range can simulate multiple vehicles working together with air support, as well as unmanned aerial vehicles providing over watch.

A conex village on the range provides units the opportunity to train on dismounted operations and to incorporate Marines and Air Force joint terminal attack controllers on the ground into the training scenario.

“The DAGIR is a great asset to the OCTC and the units that train here,” said Capt. Jeff Dahl, OCTC Range Officer. “The range compiles information from the vehicle and crew during their gunnery and provides additional feedback to the units to better train crews and help build platform proficiency.  Having the DAGIR added to the existing OCTC facilities is a huge benefit and we hope it continues to attract units to come train in Idaho.”

The Idaho National Guard’s OCTC is located 19 miles south of Boise. Its 143,000 acres and 23 training ranges provide vast terrain to facilitate world-class training to prepare brigade combat teams and other units for combat through a tough and realistic training environment.