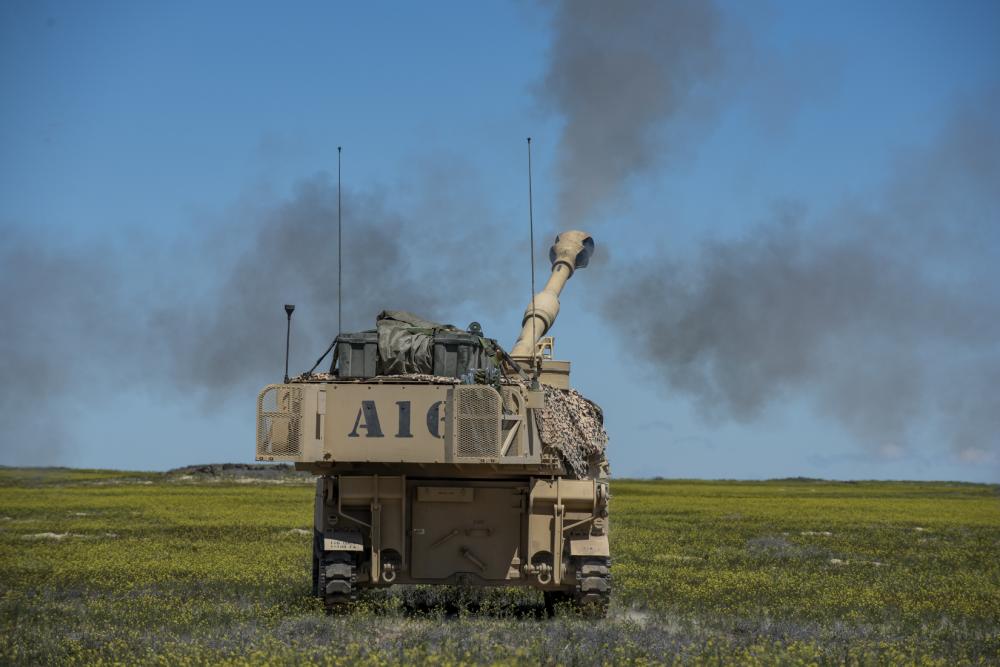 The modernized GPS guidance kit with fuze functions and integrated GPS receiver weigh three pounds and attach to existing 155mm artillery shells, converting them to smart weapons for improved target trajectory. Small aerodynamic fins on the fuze allow the system to make flight adjustments of the round’s trajectory and steer the shell on target.

This enables the 1-148th FAR to more precisely deploy munitions within 30 meters of an intended target, as opposed to the average 50 meters of traditional artillery, increasing the battalion’s lethality, while decreasing its spending costs, said Lt. Col. Brady Johnson, commander of the 1-148th FAR.

“Being PGK certified greatly increases the lethality of the field artillery battalion,” said Johnson. “The modernized weaponry allows 18 separate targets to be simultaneously targeted and attacked at a third the cost of conventional missions with minimal clearance of fire issues.”

Traditionally, the battalion would attack three enemy targets with a battery-sized element and six M109A6 Paladins, each firing three rounds of ammunition for a total of 18 rounds. Johnson said it costs approximately $20,000 for 18 rounds of conventional 155mm ammunition, which may or may not hit an intended target, whereas a PGK costs $6,500 per kit and will.

A fail safe can also prevent the shell from exploding if it falls outside 150 meters of an intended target, enabling Soldiers to more confidently call-in artillery support close to their position and reduce the possibility of collateral damage, said Sgt. 1st Class Mike Taylor, 1-148th FAR master gunner.

Over 80 rounds were fired, including more than 50 PGKs, helping ensure the battalion’s ability to successfully perform its warfighting mission and certify using the modernized precision guided munitions.

“With the new technological advancements of today, it’s vital for us to be modernized,” said Taylor. “The 1-148th is really good at what we do, but with the new PGK, we are even better, hitting targets with every single round. This type of weaponry is going to be crucial on the current battlefield.”

It is equipped with the M109A6 Paladins that fire 155mm artillery shells. Crews that operate the Paladin consist of four-man teams; a driver, a number one man, a gunner and a section chief.

The number one man is responsible for loading and firing the weapon, the gunner fuzes the round and cuts propellant powder, while the section chief manages all firing data and ensures the weapon is laid on target.