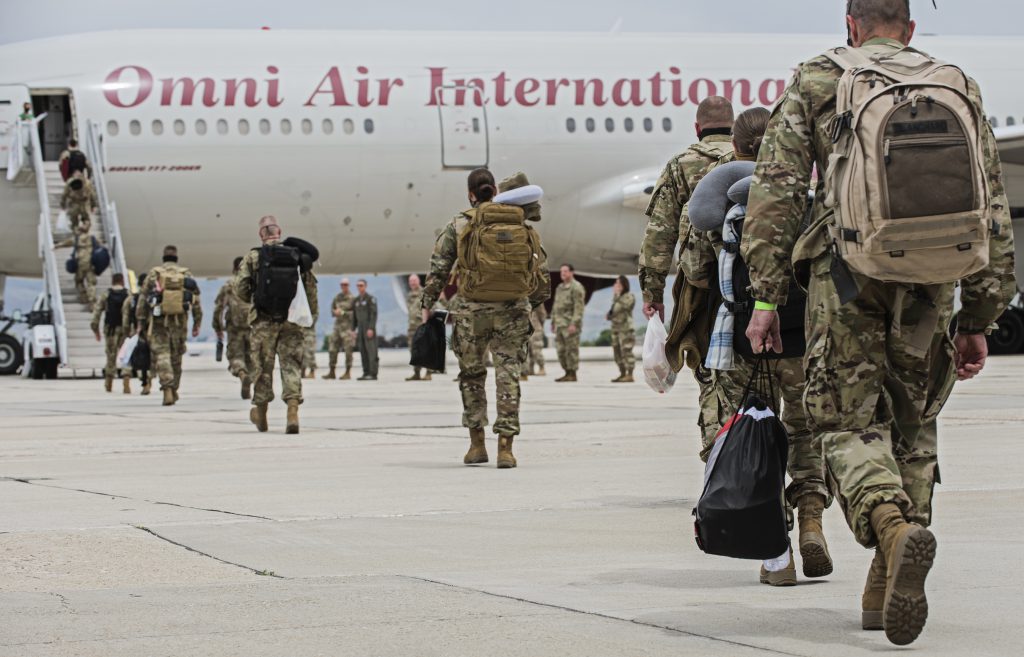 The Idaho Air National Guard deployed to various locations throughout Southwest Asia in support of combat operations on May 11.

More than 400 members of the 124th Fighter Wing, based at Gowen Field, will continue to deploy throughout the spring and summer in support of Operations FREEDOM’S SENTINEL, INHERENT RESOLVE and NEW NORMAL.

“We recognize the impact this mission will have on our community and we deeply appreciate the sacrifice of Idaho’s service members,” Idaho Gov. Brad Little said. “This deployment once again displays the commitment of the 124th Fighter Wing and its members, as well as the dedication demonstrated by the community of families, state and local leaders, neighbors and employers who provide unwavering support to our service members.”

The deployment is the wing’s second largest deployment and includes multiple aircraft, pilots, security forces, maintenance and medical personnel, and various other support staff.  The official sendoff took place May 11 with the departure of the main body of personnel.

Since 1946 the Idaho Air National Guard has flown fighter aircraft in the defense of our nation. The last large scale deployment in the 124th Fighter Wing was in 2016 in support of combat operations against ISIS and it was the largest deployment in the wing’s history. Deployments typically last up to 180 days and impact not only the families of Airmen, but the community as a whole.